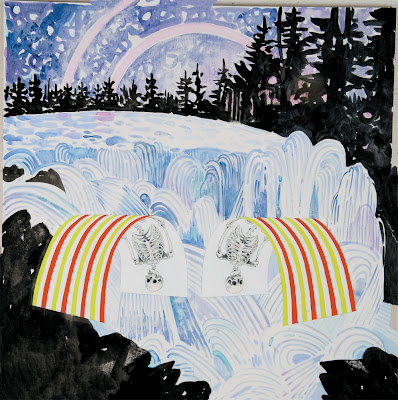 Here they are...Hot off the Presses! 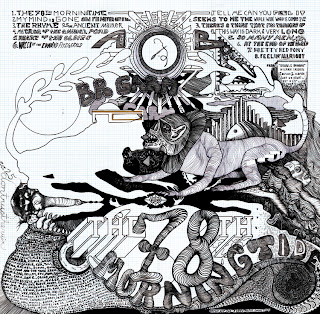 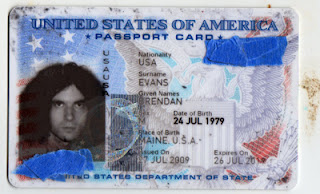 B.R. Garm – The 78th Morning Tide – Vinyl LP - dttr 025
Here it is our first vinyl release. B.r. Garm is a member of Visitations and founder and owner of our local universe “Strange Maine”. The “78th morning tide” is truly a fantastical listen that is simultaneously foreboding and inviting. Side A opens with the title track and is a complete psychedelic journey unto itself, followed by a lady losing her mind and smokin’ on rainbows, a face off with Jesus and the devil, a tale of Windham Maine, a bombed out apocalyptic country song and a fuzzed out doomy cover of Gordon Lightfoot’s “Wreck of The Edmund Fitzgerald”. Side B begins with “Can You Feel It” which sounds like a loners take on Damo era Can. Followed rapidly by a duo of songs that cover the apocalypse and getting stoned, a song that sounds as if Black Sabbath never made it out of the bedroom, a sort of childs prayer called “So Many Men” (which we got to play on!), a deceivingly dark folk song called “Pretty Red Pony”, and finally a truly haunting and beautiful song called “At The End of The World”. Locked grooves end both sides! This whole record is a complete joy to listen too, infectious and hard to get off the record player. One of our all time favorites! This is Garm’s second release on dttr (other releases can be found on Mangedisc, and Time-Lag). Cover artwork by Hillary Irons, printed on thick old style jackets, accompanied by a pamphlet with lyrics and chords for those who want to play along. Limited to 500 copies. 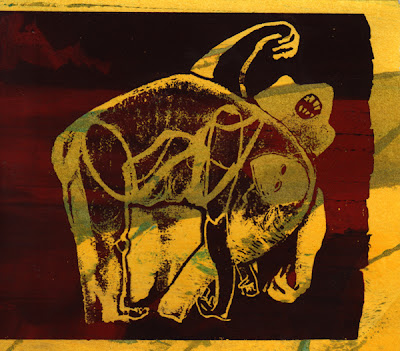 Chuck Bettis  - Urgency Renewal – CD-R - dttr029
A brand new release from longtime collaborater/tourmate and great friend Chuck Bettis . On “Urgency Renewal”  Chuck masters the art of spontaneous composition, pieces flow interrupt themselves and generally feel like a punch in the mouth, graceful yet  archaic. A brilliant album. Here’s how chuck described “Urgency Renewal” “solo electronic music recorded in various NY locations between 2010-2011, it's fucked up and raw!“ ABSOLUTELY NO OVERDUBS!!!(Chuck has collaborated with a slew of great folks and released many albums on various labels including Tzadik (brown wing overdrive), and dischord (meta-matics, all scars)))) Handmade and screen printed
art work by Colleen Kinsella (20 songs - 53 minutes) 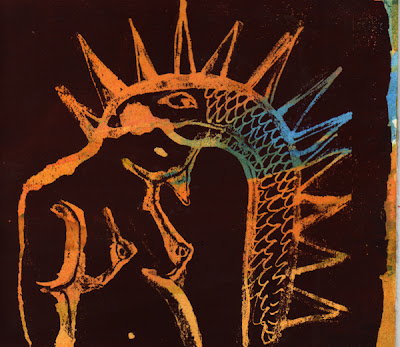 Dead Gum – Doubleganger –  CD-R - dttr 031
Dead Gum is the solo project of Panagiotis Spoulos (other projects of his include: Reverse mouth, Wham Jah, Postblue, and running Phase! Records), from Athens, Greece. This past summer we toured with Dead Gum in Greece and we were blown away every night. Doubleganger is quite a journey, the constant thread seems to be loner style electric guitar that feels like the end of it all … quite, desolate, brutal, noisy, and 100% sincere. Handmade screen printed Art work by Colleen Kinsella (10 songs – 38 minutes)

All are posted up on our Etsy!
Posted by dontrustheruin at 10:47 AM 2 comments: