Vic Chesnutt and me 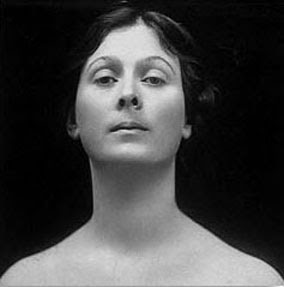 Vic Chesnutt died on Christmas. Among many odd and inspiring songs, he wrote a great song off of his first album "Little" about Isadora Duncan.
I saw him  in 2001 in Austin at SXSW.
Cerberus Shoal was booked to play the TRL label showcase for 45 minutes after a disturbing Oxbow performance. We had just finished our set. We were feeling raw and weird. (South by Southwest is comparable to a meat market for musicians.)
I saw that Vic was playing right then at the Billiard Room a few blocks away. I cut out of the Cafe and ran like hell.  That night was chaos. People everywhere looking like Steven Tyler and Lita Ford.  Ike Turner was playing a comeback show next door. Lee Scratch Perry was on stage down the street. Wesley Willis was performing in some boardroom # 404. When I finally got to the venue, I convinced the bouncer that I was supposed to be there. He let me in.
Climbing the stairs I was blown away by the scene in front of me. The bar couldn't be any more  different from where we had just played. Everything was gleaming gold and green. The bar was an enormous island in the middle of a vast sea of heads. About a dozen active pool tables were scattered throughout the venue. Vic wasn't on stage yet. I proudly celebrated my luck with a rare beer and pushed my way to the front of the stage.  Tina Chesnutt, Vic's wife, brought him onstage.  I could have touched him--not that I would ever touch a person while performing!
A blonde cocktail waitress brought him a beer --per his request and got pissed when he didn't pay her. He hadn't a dime on him and neither did Tina. The Waitress left the stage yelling something about her manager!
It was a funny opening to what blurred into a dreamy show. Just Vic and his guitar for the first few songs, then he was joined by two other musicians who harmonized beautifully. His voice was like a powerful buzz saw cutting through the din of the bar. So much character and foul mouthed commentary emanating from such a seemingly fragile frame. My memory of the performance itself is watery and gleaming. It was like being galvanized. The complete environment surrounding me with color and sound. At it's center was this giant personality who played for months on repeat in my room, now singing songs right in front of me. I had fallen hard for "Little" and a handful of songs off "About to Choke" used as a soundtrack for many of dancer/writer/choreographer Buffy Miller's performances.
It was a life changing experience and a rare treat to escape from my bandmates and have such a magical experience.  It was in the cards for me that night to see Vic play and I will hold that memory for as long as I can.
Posted by dontrustheruin at 2:19 PM 2 comments:

"may your days be merry and bright" -Irving Berlin 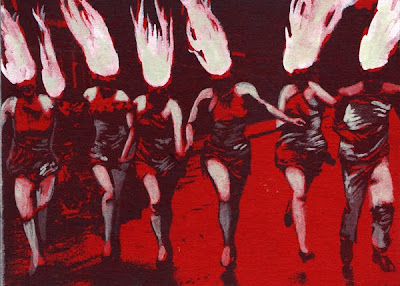 My friend Tom explained that Irving Berlin wrote the song White Christmas while staying in Arizona during the holidays. We were sitting around our little tree singing christmas tunes and the words to that song in particular feel real. I love the idea of this man sitting in sweltering heat wishing for snow as I sit in arctic Maine also wishing for snow.
Posted by dontrustheruin at 10:12 AM 1 comment: