New DTTR Releases that we loooove 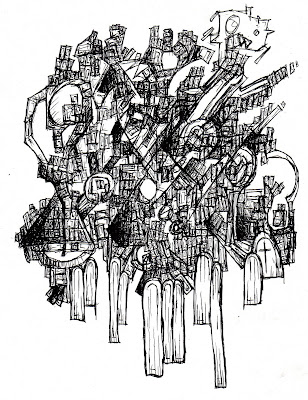 Good to be home!

We are getting ready for a relaxing summer… hopefully…

Anyway… we just released 4 new albums two by us, Already Gone I & II and here's the deal on the other two...

Inspector 22 is the brainchild of Todd Wesley Emmert.  Residing in Chapel Hill, North Carolina, “The Waiting Grave” is the follow up to IRNI which we released a little over a year ago. IRNI was one of our all time favorites… but we gotta say “The Waiting Grave” is even better. It kills. To hear somebody hit "it" on every song is just mind-blowing; needless to say we are big fans.

The song ‘Cannibal’ could be an all time classic. Really you could say that about every song on this album. We can’t recommend it enough.

Before we started doing the DTTR label we were both finding ourselves only listening to music of the past. For one, there’s so much great music that has come and gone, and truthfully it was getting harder and harder to relate to music happening today. So one of the greatest things for us to do is to release music we love, by people living today… peers, friends etc. “Into the Gorge” came to us through a CD trade and man were we hooked right from the beginning, We played this one over and over on our car rides this past summer.

Matt Norris is Accident Child. If you had to describe it, loner folk would be as good a term as any. Reminds us a bit of Tuli from The Fugs or King Darves. A real intimate listen. “Into the Gorge” plays out like a life story, from birth to present. Matt’s words sneak up on you and tell their story with a delivery akin to the masters. This one is a real gem!

All 4 new dontrustheruin releases can be ordered from

In other news, we, Big Blood have finished up an album for Time-Lag called “Dead Songs”, another for the label Peasant Magik called “Operators and Things”, and a tape for Cabin Floor Esoterica called “Night Terrors in the Isle of Louis Hardin” all due out…. well who knows… but that’s the word!

Posted by dontrustheruin at 6:05 PM 8 comments:

ohhhhh vacation and back 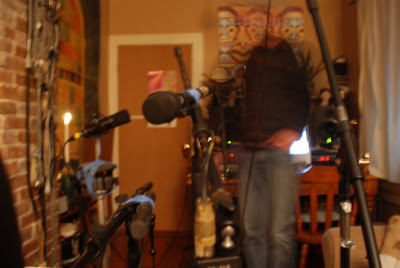